Yellowman (born Winston Foster) was a transitional figure in Jamaican music, solidifying the reggae emcee’s rise to preeminence in the Jamaican dance in the early 1980s and foreshadowing the deejay tsunami to come. He was one of reggae and dancehall’s most prominent stars of that decade. Yellowman’s lyrics were clever, unrestrained and boastful in a way that resonated in the early 1980s and continue to the present.

VP Records, through its Jah Guidance imprint, would release two of Yellowman’s first LPs, Duppy Or Gunman and Just Cool, both in 1982, including several of his earliest and most influential singles, “I’m Getting Married” and “Mr. Chin.” (The cover photo for the Duppy Or Gunman LP was taken in front of Randy’s on 17 North Parade in Kingston.)

Producer Henry “Junjo” Lawes was the top producer of that era, and Yellowman quickly became his top artist, only rivaled by label mate Barrington Levy. VP released the emcee’s most enduring, recognizable, and difficult to spell track on the Reggae Sound imprint in 1984, none other than “Zungguzungguguzungguzeng.” His prominence earned a deal with CBS and resulted in the album King Yellowman in 1984, nominated for reggae’s first Grammy Award.

Yellowman would record 34 albums worth of material in the 1980s alone and 25 in the years that followed, including two Grammy nominations. Greensleeves Records would release the LPs Mister Yellowman (same as VP’s Duppy Or Gunman); Two Giants Clash (with Josey Wales); Zungguzungguguzungguzeng; Galong Galong Galong; Blueberry Hill; In Bed With Yellowman; and Yellowman’s Good Sex Guide.

His stagecraft has never faded in his four-decade career, and his shows with the Sagittarius Band are a must see. He is solidly placed among reggae and dancehall’s iconic figures.

Jamaica’s first dancehall superstar, Yellowman ushered in a new era in reggae music following Bob Marley’s death in 1981. His early-’80s success brought the popularity of toasting — the reggae equivalent of rapping — to a whole new level, and helped establish dancehall as the wave of the future. He also epitomized dancehall’s penchant for “slack” lyrics. Graphic sexuality was his particular forte, reaching levels of explicitness previously unheard in Jamaica. It brought him numerous detractors, but it was also a big reason for his early popularity. There was more to it than that, though; Yellowman was one of the most verbally nimble toasters of his time, with a loose, easy flow, a talent for improvisation, and a definite wit in his wordplay. Plus, all the boasting about his prowess on the mic or in the bedroom had to be over the top to be convincing: true to his stage name, Yellowman was an albino, which carries a tremendous social stigma in Jamaica. His rise to stardom was unlikely enough, but his transformation from untouchable outcast into sex symbol was staggering — and may not even have taken place without his trademark lewdness. Shocking though it could be, it affirmed him as a sexual being just like his listeners, and was delivered with enough humor to let the audience know that he wasn’t taking himself too seriously. Bouts with cancer pushed him into more thoughtful, socially conscious territory in the ’90s, but his initial style remains the most influential, paving the way for countless dancehall toasters to follow.

Yellowman was born Winston Foster in Negril, Jamaica, in 1959 (some accounts say 1956). An early target for abuse because of his albinism, he grew up in an institution in Kingston, with little to keep him company besides music. Influenced by early toasting DJs like U-Roy, he practiced rhyming and got a job with the Gemini Sound System as a substitute DJ. Christening himself Yellowman and dressing in a bright yellow suit, he peppered his lyrics with jokes about his skin color and outlandish tales of his sexual conquests. In 1979, he won a landslide victory at the well-known Tastee Talent Contest, and within months he had become one of Jamaica’s top concert draws, thanks to a dynamic, humorous stage show in which he often used the microphone to mimic his anatomical gifts.

Yellowman recorded prolifically in the early ’80s, at one point flooding the Jamaican market with more than 40 singles. His first full-length album, Them a Mad Over Me, was recorded for Channel One in 1981 and featured the hit title track and the single “Me Kill Barnie,” an answer record to Lone Ranger’s hit “Barnabas Collins.” He also scored with singles like “Operation Eradication” and the infamously slack “Shorties,” which Peter Tosh condemned as degrading to women (hardly the first time such a criticism would be leveled at him). Despite this success, Yellowman didn’t truly hit his stride on record until he hooked up with groundbreaking dancehall producer Henry “Junjo” Lawes. The 1982 LP Mister Yellowman kicked off their collaboration; released internationally by Greensleeves, it started to break him in the U.K. and U.S., and is still often acclaimed as his best album. It also launched a series of Jamaican hit singles over the next few years that included including “Yellowman Getting Married” (a rewrite of the My Fair Lady number “I’m Getting Married in the Morning”), “Mr. Chin,” “Who Can Make the Dance Ram” (a rewrite of “The Candy Man”), “Zungguzungguguzungguzeng” (sampled by several hip-hop acts), “The Good, the Bad, and the Ugly,” “Soldier Take Over,” “Nobody Move Nobody Get Hurt,” and “Wreck a Pum Pum,” among others. Many of his recordings during this era featured vocal contributions from fellow DJ/toaster Fathead, whose specialty was punctuating lines with animal noises (“ribbit” and “oink” were his favorites).

After 1983’s Zungguzungguguzungguzeng album, Yellowman signed a major-label deal with CBS Records, which encouraged him to maintain the stylistic versatility of his previous work. However, his lone album for the label, 1984’s King Yellowman, sported mixed results, attempting everything from slack toasts to R&B and pop-tinged crossover tracks, including covers of “Sea Cruise” and “Take Me Home Country Roads,” and the much-maligned fusion attempt “Disco Reggae.” He subsequently released several albums on Shanachie, including 1984’s Nobody Move Nobody Get Hurt, 1985’s Galong Galong Galong, 1986’s Going to the Chapel, and 1987’s Don’t Burn It Down. The latter found him delving more into social consciousness; the title cut was a pro-marijuana protest, while “Stop Beat Woman” condemned domestic violence, and “Free Africa” criticized apartheid. Around the same time, he suffered a bout with throat cancer, but fortunately recovered. He returned to action with the hit Fats Domino cover “Blueberry Hill,” and moved to the Ras label to record the well-received Yellow Like Cheese album with producer Philip “Fatis” Burrell.

Yellowman’s recording career continued apace, as his sexual boasts and gay jokes kept getting raunchier and nastier. His popularity had slipped after 1985, due in part to less consistent material, and also in part to the emergence of a legion of new dancehall artists, many of whom harked back to his early material for inspiration. Things changed, however, after an early-’90s bout with skin cancer. Greatly shaken after this second life-threatening illness, Yellowman completely rethought his approach to music, and thereafter devoted himself almost exclusively to spiritual and social concerns. 1994’s Prayer album (still on Ras) was the first effort in this new direction, and it was followed quickly by Message to the World in 1995. 1997’s Freedom of Speech continued in a similar vein, after which Yellowman switched over to the Artists Only label. His first effort was 1999’s Yellow Fever, which concentrated on conscious reggae but also featured some good-natured party tracks. New York followed in 2003, and Round 1 in 2005. 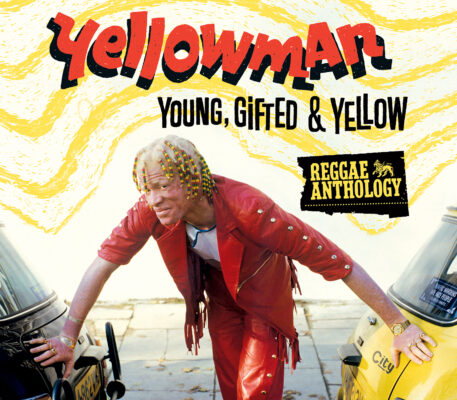 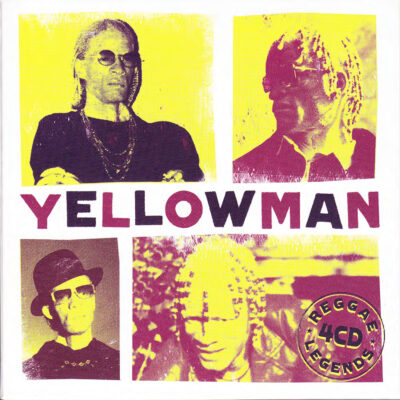 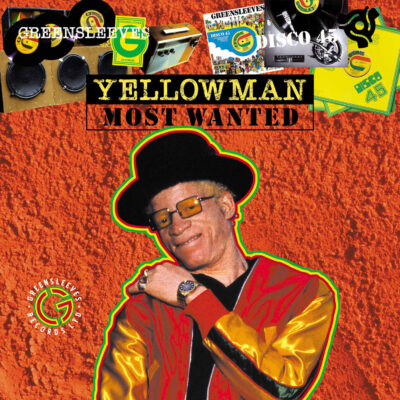 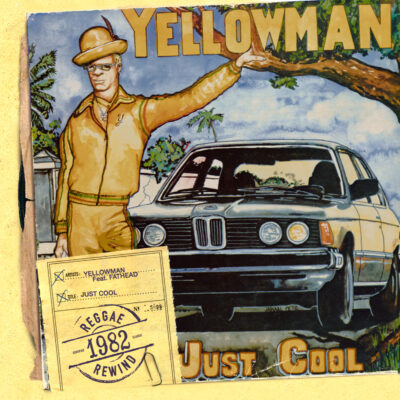 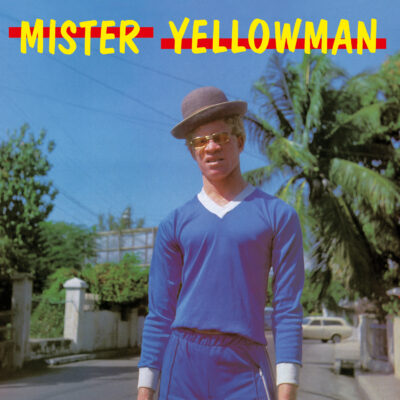 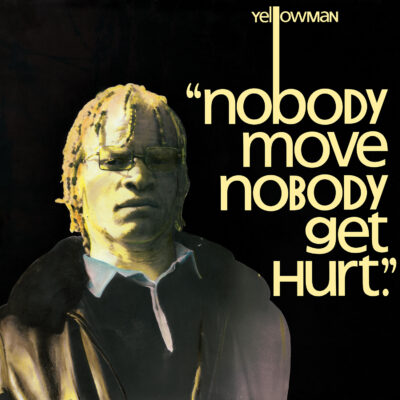 Nobody Move Nobody Get Hurt 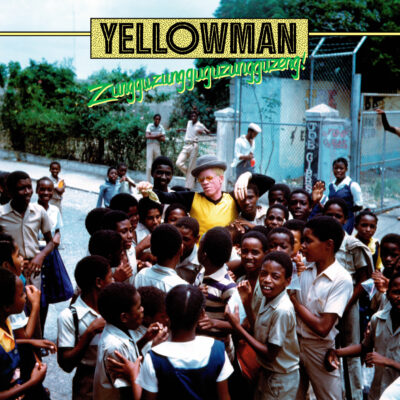 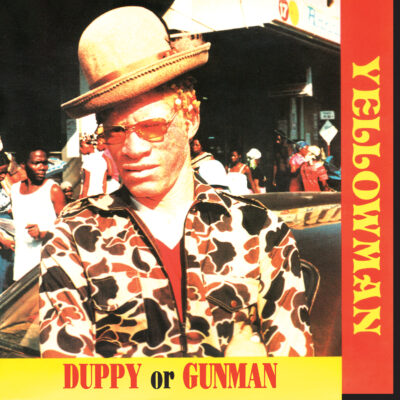