Etana (born Shauna McKenzie) is one of a new wave of Jamaican women to rise in the ranks of reggae and dancehall since the mid-2000s. Her breakout single “Wrong Address” in 2005 helped anchor her debut album The Strong One, which VP released in 2008. The album also included what would become her biggest hit to date, “I Am Not Afraid.” Three more albums would follow on VP, Free Expressions, Better Tomorrow, and I Rise. Her independently released Reggae Forever was nominated for the Grammy Award for Best Reggae Album of 2018. Her hit combination track with Alborosie, “Blessing,” was included on VP’s 40th anniversary box set compilation, Down In Jamaica.

Etana rose to prominence in 2006 with an inimitable musical style that resists categorization. Hitting all the right notes on her breakthrough song “Wrong Address”, an emotive lament reflecting the lack of employment prospects for Jamaicans living in violence-plagued communities, she brilliantly fused acoustic folk strands with roots reggae cadences and strains of neo soul influences. “Wrong Address” was duly rewarded with heavy radio rotation, reaching the number 1 position on several Jamaican charts. Etana, whose name means “the strong one”, followed that auspicious introductory single with a bold romantic declaration “Warrior Love”, juxtaposing acoustic rhythms with African-styled choral chants, and “Roots”, blending traditional African drum beats with exuberant soul underpinnings as she cautions the youths to hold on to their culture. Etana’s genre-blurring appeal reached a wider international audience with the June 2008 release of her critically lauded debut album “The Strong One” on VP Records, which included a lovers’ rock duet with Italian reggae artist Alborosie “Blessing”; a one-drop Rastafarian anthem “Jah Chariot” and her poignantly sung, unwavering declaration of self-assurance “I Am Not Afraid.”

Because she adamantly refuses to be constrained by approach or lyrical content, Etana has named her sophomore VP release “Free Expressions”. “This album was produced a little differently from the first, most of the sessions were less planned so there is more of a free vibe,” she explained. “I just wanted to express myself freely, write just what I want without thinking too hard about what anyone’s opinion would be, just doing music as I feel to do it.”

A mesmerizing performer whose vocals are as culturally defining as South Africa’s Miriam Makeba or Jamaica’s Marcia Griffiths and as dynamic as classic Whitney Houston, “Free Expressions” furthers Etana’s reputation as a skillful songwriter: she penned 12 of the album’s 14 tracks and their lyrical sophistication, coupled with her dramatic deliveries, destroys any notion of the dreaded sophomore curse. “I feel more confident as a writer now than a few years back,” she shares, “because I am less concerned about what people think about certain subjects, and certain points of view. I have learned that I can’t please everybody and for the most part, people are very happy with what they have been hearing.”

Indeed, people are so consistently enthralled by Etana ‘s music that several of “Free Expressions’” songs have already topped the charts in Jamaica and reggae charts internationally. “August Town” was written in 2009 about an unwarranted police shooting on a community gathering in the area of Kingston where she was born and lived until quite recently. London based producer Curtis Lynch Jr. heightens Etana’s impassioned account of that tragedy with dub- influenced reverbs and soul shaking bass lines. “Free”, produced by Kemar “Flava” McGregor, offers a somber reflection of a prolonged period of struggle endured by the artist. “While recording that song I had to go outside and catch my breath, then come back and do it again,” Etana shares. “It brought me to tears. I wrote it when I was going through one of the toughest times in my life and I felt like it wouldn’t end.”

In 1992 Etana migrated with her mother to the U.S. She went on to attend Broward Community College with the intention of becoming a registered nurse but destiny intervened. She left college in 2000 and joined a female vocal group named Gift. Universal Records was interested in Gift at the time so Etana reluctantly agreed to wear the skimpy outfits dictated by the music industry’s widespread stereotyping of female artists; then one day she could no longer conform. “We were shooting a video and we had on Victoria’s Secret pink lingerie, thongs and black stiletto heels,” Etana remembers. “The cameraman had the camera in a compromising position and I was wondering, what is he looking at? I was very uncomfortable so I walked out and that was it. I also recall a young girl about 6 years old singing some of my suggestive lyrics and I couldn’t believe I had introduced her to lyrics like that.”

Etana returned to Kingston with the intention of opening an Internet café but again destiny interceded. In 2005 a friend brought her to Kingston’s Fifth Element Records, then the management team of Richie Spice, who were enjoying great success with Spice’s single “Earth A Run Red” and album “Spice In Your Life”. Spice was heavily booked for American and European tours and Etana auditioned to become one of his backup vocalists; she so impressed Spice’s management, she was immediately asked to accompany the Rastafarian singer on his tour dates and she agreed. Recognizing her immense talent, Fifth Element urged Etana to record her own songs but because of her experiences with Gift, Etana wasn’t sure she wanted to pursue a career in music again. Following almost a year of their requests, she agreed. “I decided to give music another shot after being asked repeatedly to record one song, which was “Wrong Address,” Etana explained. “After I figured out that I could do it my way and wear what I wanted to wear and sing what I wanted to sing, it wasn’t so hard.” Etana followed the highly praised “Wrong Address” with a spate of hits singles, each honoring her embracement of Rastafarian principles, adherence to a natural lifestyle, acknowledgement of the teachings of Marcus Garvey and Emperor Haile Selassie I and royal representations of women. Etana’s debut album “The Strong One” garnered many awards including Album of the Year honors at the International Reggae and World Music Awards (IRAWMA) in New York City and at the Excellence in Music and Entertainment Awards (EME) in Kingston. Etana was also nominated as Best New Reggae Artist at London’s annual MOBO Awards in 2008.

Adhering to song lyrics that reinforce self-sufficiency, enlightened spirituality, sultry but never tawdry romantic situations and keenly observed political commentaries, “Free Expressions” is poised to reap similar accolades. “War”, produced by Patrick Samuels, addresses the reasons for continual global conflict including religious divides and racial stereotyping, yet offers hope that these harmful prejudices can be eradicated; “Retribution”, produced by Stephen Stanley, warns of the karmic consequences that result from each of our actions. Etana’s unabashed romanticism on the lovers’ rock tunes “I Know You Love Me” and “Happy Heart”, both produced by Flava, is contrasted by the disillusionment that accompanies her partner’s infidelity on “Heart Broken”, produced by Curtis Lynch Jr. and Gussie Clarke. “Move On” also produced by Lynch, adapts a neo-soul reggae fusion that cautiously veers into C&W territory to a break-up tale that embraces life’s new possibilities, as does the upbeat reggae track “My Name Is”, produced by Stephen Stanley.

Etana highlights her soulful side on “I Got You” produced by Specialist and Alborosie, a song that can be interpreted on many levels. “That song relates to my life with my mother and especially my grandmother,” she explains, “but it could be about someone’s relationship with God or anyone they are close to at troubled times.” “Day By Day” produced by Joel Chin, offers spiritual renewal, with Lamont Savory’s subtle acoustic guitar textures underscoring the nuances of Etana’s exquisite vocal phrasing.

“People Talk”, produced by Rohan Dwyer and Specialist, was written by Carol Dexter especially for Etana, reflecting her determination to succeed against all odds in the music business but the song’s fortifying sentiment is easily applicable to anyone seeking to overcome their detractors’ taunts: “never let them get you down, never let them see you frown, never let them lead you astray, starting today, live your life your way”.

On March 2nd 2015, Etana performed at the United Nations General Assembly Hall in New York for the private concert “Stop Ebola and Build For the Future”. Her single “Better Tomorrow” from her album “I Rise”, which has been chosen as the campaignʼs official anthem. 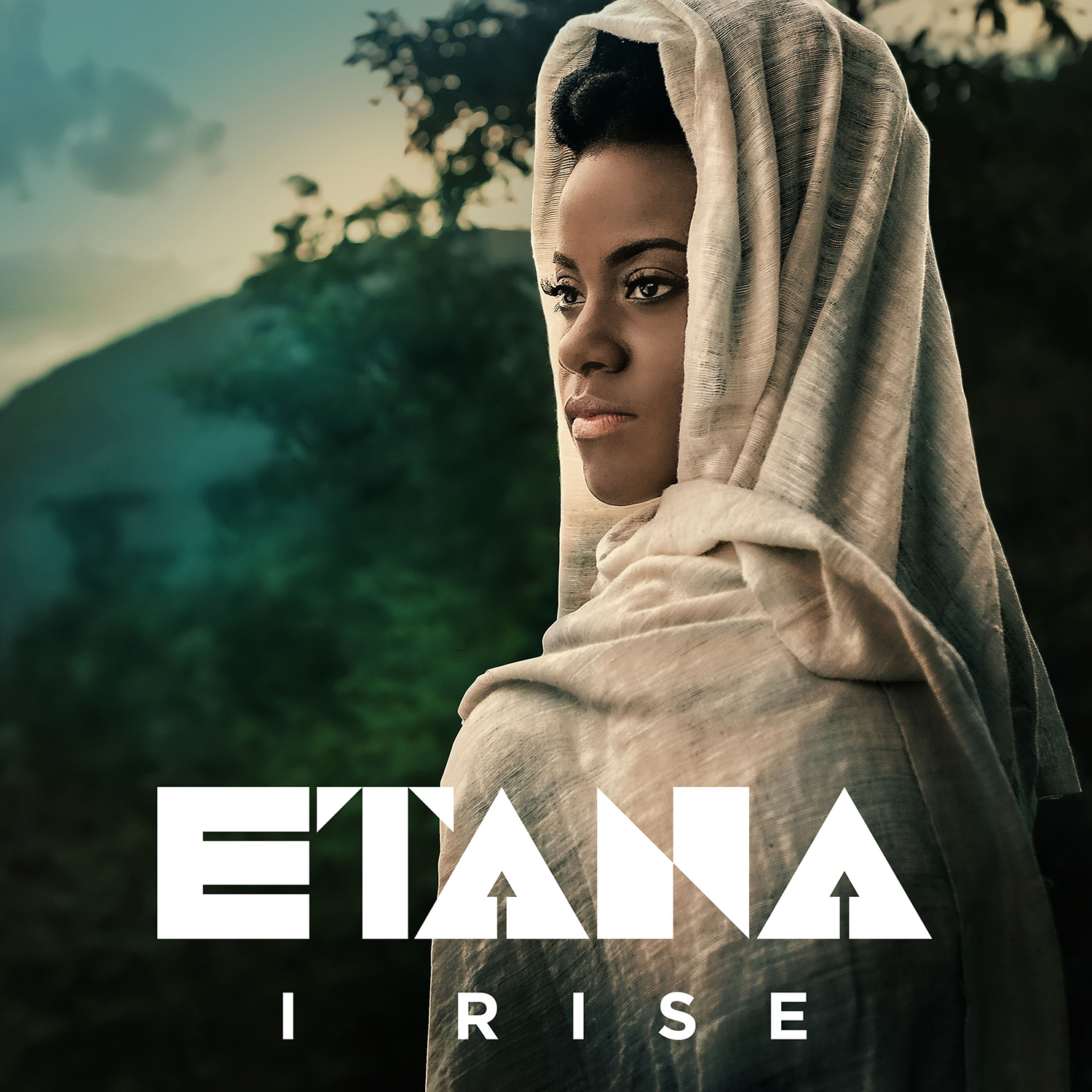 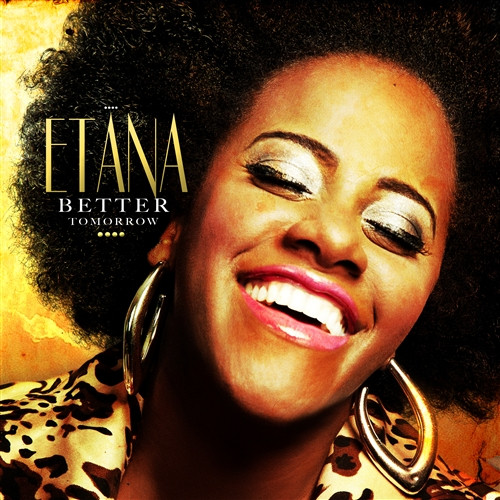 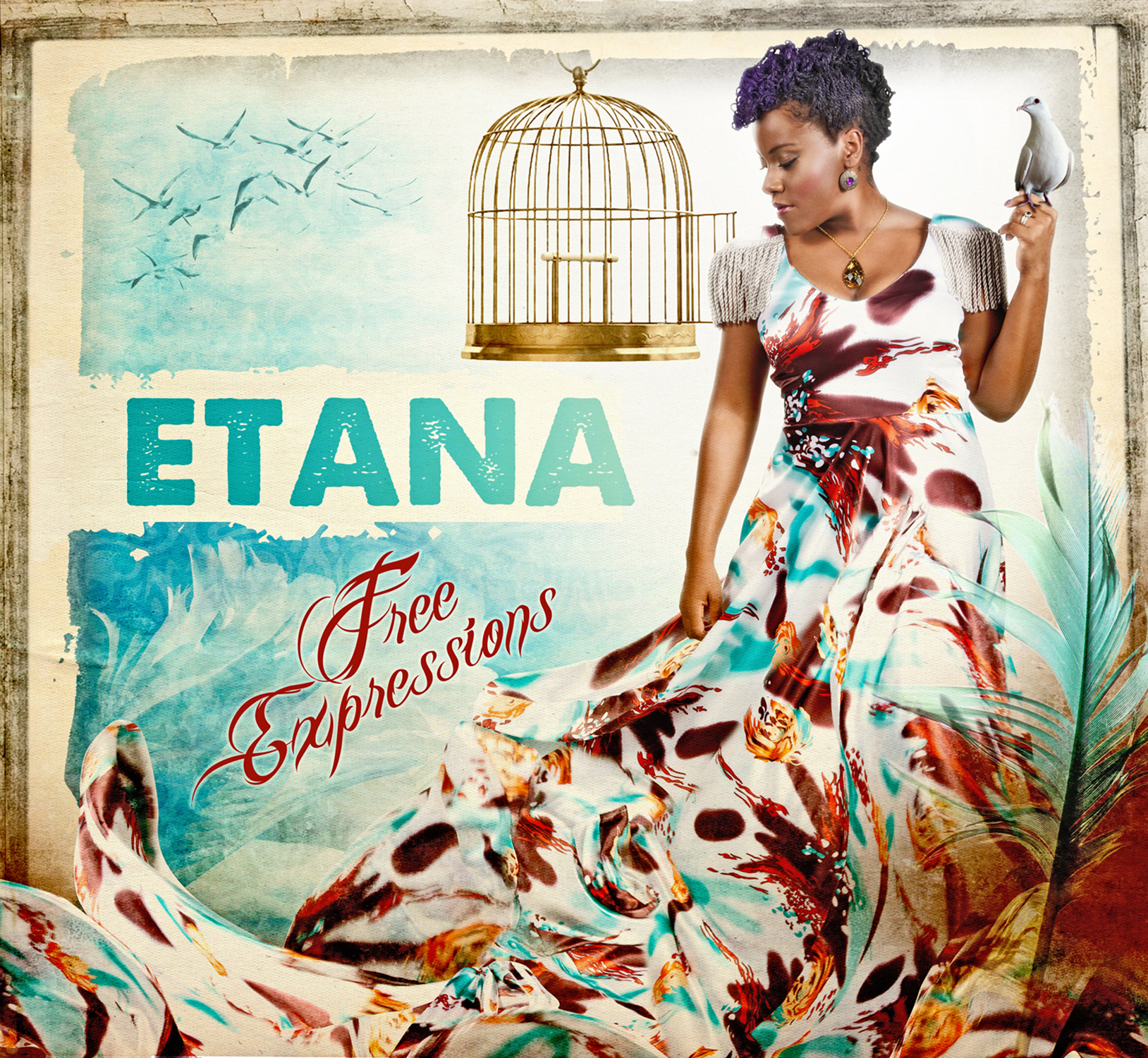 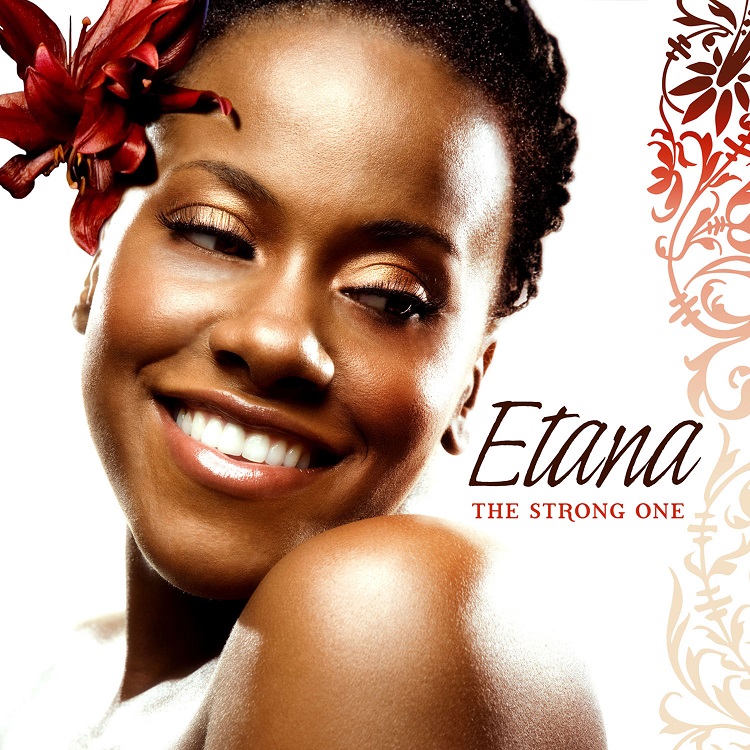