Capleton (born Clifton George Bailey III and also known as The Prophet and King Shango) was one of the new wave of dancehall deejays who rose in the digital era of the late 80s and early 90s, after King Jammy and Wayne Smith’s “Sleng Teng” revolution of 1985. VP was one of the first to distribute Capleton’s recordings, pressing the single “Bumbo Red” on Fatis Burrell’s Xterminator label in 1990, followed by albums Lotion Man in 1991 and Good So in 1994. Briefly associated with the Def Jam label group in 1995, Capleton would see six albums in total distributed by VP, most notably More Fire in 2000, which included the hits “Jah Jah City” and “Danger Zone.”

Along with Buju Banton and Sizzla, Capleton spearheaded dancehall’s return to reggae tradition, tackling Rastafarian spiritual themes and using classic roots reggae as a musical foundation. Capleton was born Clifton George Bailey III on April 13, 1967, in the rural town of Islington, in Jamaica’s St. Mary parish. Capleton’s namesake was a prominent local lawyer, and young Clifton earned that nickname as a verbally gifted youth with a similar talent for logical argument. He also loved music, counting both Bob Marley & the Wailers and dancehall DJ Papa San as early favorites, and sneaking into sound system shows at age 12. At 18, he moved to Kingston in hopes of starting a music career, and performed with several small sound systems before catching on with Stewart Brown’s African Star, a combination sound system and label with connections in both Jamaica and Toronto. Visiting the latter in 1989, Capleton shared a concert bill with the hugely popular Ninjaman, and impressed enough that he was offered the chance to record with major producer Philip “Fatis” Burrell upon his return to Jamaica.

Capleton’s first single was the risqué “Bumbo Red,” which was banned from Jamaican radio for its sexually explicit lyrics, but became a huge word-of-mouth hit. He made a well-received appearance at the 1990 Reggae Sunsplash Festival, and issued a series of popular — and often slack — singles for various producers, the biggest of which were “Number One Pon the Look Good Chart” and “Lotion Man.” The 1991 LP Capleton Gold gathered some of these early recordings, and he also appeared on several split albums, the most notable of which was 1992’s Double Trouble, shared with General Levy. By 1992, a distinct cultural consciousness was becoming apparent in Capleton’s work, starting with the landmark hit single “Alms House.” An album of the same name was issued in 1993, collecting further singles in the same vein like “Matie a Dead,” “Unnu No Hear,” and “Make Hay,” among others.

During this era, Capleton was truly coming into his own; still recording prolifically in 1993, he scored several signature hits with “Everybody Needs Somebody,” “Cold Blooded Murderer,” and “Buggering.” Those tracks all appeared on the 1994 album Good So. By that point, Capleton’s conversion to Rastafarianism was complete and now dominated his music to a greater degree than ever before. His success also earned him a shot with an American major label, Def Jam, for which he debuted with the album Prophecy in 1995. Hip-hop remixes of “Tour” and “Wings in the Morning” (the latter of which featured a guest spot from Method Man) made Capleton a significant crossover success on the rap and dance singles charts, and Prophecy sold quite respectably in the U.S. Def Jam also issued the follow-up album, 1997’s I Testament, which continued in a similar vein: R&B accessibility fused with Rastafarian militancy.

Capleton subsequently returned his focus to the Jamaican market, and although his music was now rootsier than ever, he began to temper his Rasta obsessions with more romantic lyrics. 1999’s One Mission gathered some of his work, but a better chronicle of his highly consistent output over 1999-2000 was More Fire, which contained all of his biggest hits of the period: the rootsy-sounding “Who Dem?,” the antiviolence anthem “Jah Jah City,” the female-positive “Good in Her Clothes.” 2002’s Still Blazin’ gathered much of his best work from the next two years and nominated for 45th Grammy Award.

Capleton has released 22 albums to date and has guest appeared on several albums including with fellow recording artists Sizzla and Stephen Marley on the hugely popular “Rockstone,” as well as Damian ‘Jr. Gong’ Marley, Fanton Mojah and Turbulence.  His music has been sampled by chart topping rapper Kanye West (“I’m A God”), and his music has appeared on the Billboard charts.

Capleton was recognized in 2019 by the Jamaica Industry Association (JaRIA) for his extraordinary impact on the Reggae industry for being an Ambassador to the genre.

Philanthropically, proceeds from his charity show, St. Mary Mih Come From has allowed the artist to make charitable contributions to local charities in St. Mary and other parishes in Jamaica.

Capleton continues to be an inspiration to many upcoming talents, particularly conscious artists.  He is respectfully called ‘The Prophet.’ 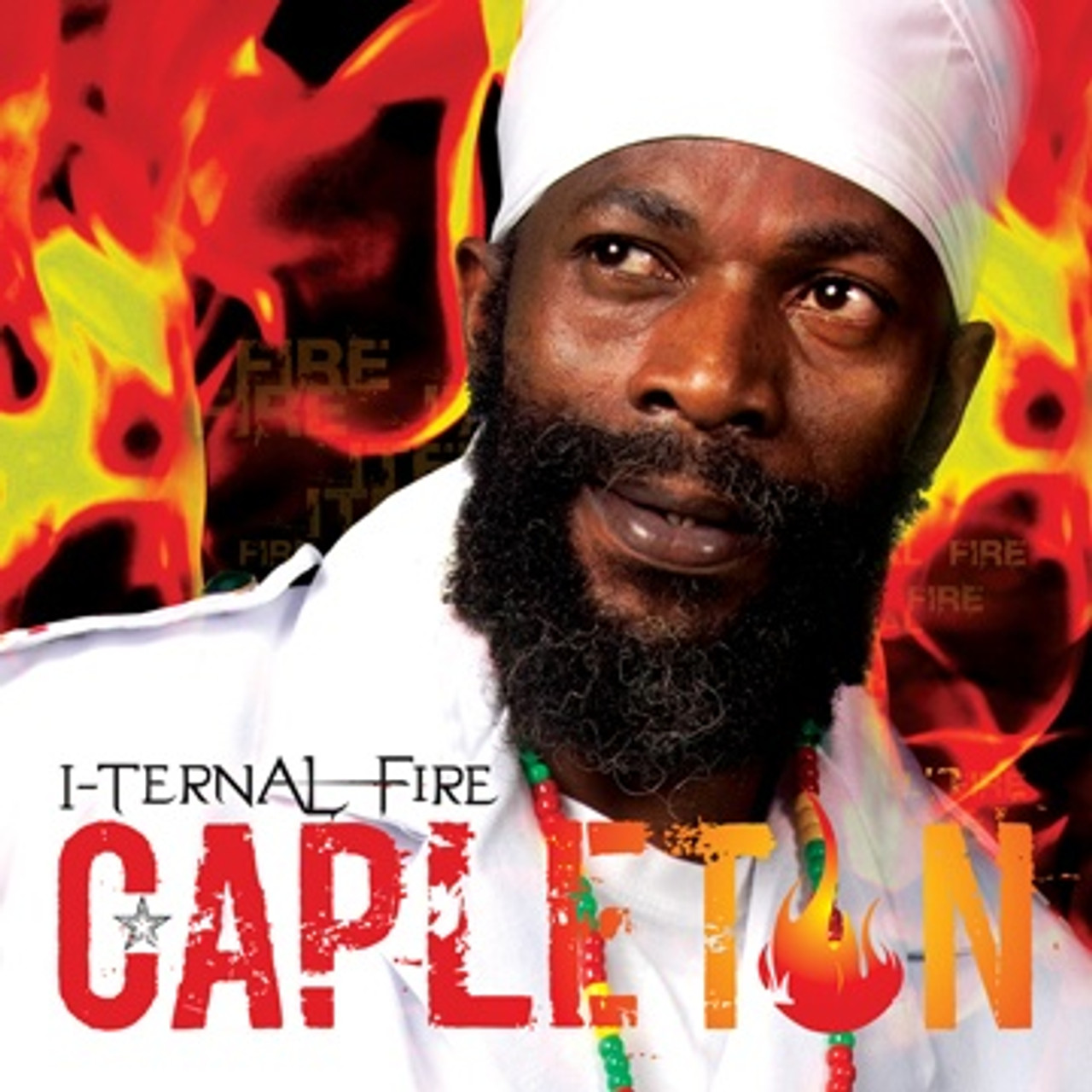