Along with Beenie Man, his chief rival, Bounty Killer (Rodney Basil Price) came to define the gladiatorial spirit of 1990s dancehall. Bounty Killer’s five albums through VP trace his early years and include many career highlights. His first record through VP was a combination with Frankie Paul called “The Real Score” on Gold Disc in 1992. His first LP was Roots, Reality, and Culture, also released by VP in 1992.  The King Jammy-produced “Dead This Time” appeared on single and the Down In The Ghetto LP in 1994 and marked a breakthrough. Along with Sean Paul and Wayne Wonder, Bounty Killer rode the Steven “Lenky” Marsden dancehall masterpiece Diwali riddim to great acclaim with “Sufferah” in 2002.

Bounty Killer was one of the most aggressive dancehall stars of the ’90s, a street-tough rude boy with an unrepentant flair for gun talk. There were many other facets to his music — condemnations of corrupt authority, collaborations with hardcore hip-hop artists, tributes to his mother, an ongoing DJ rivalry with Beenie Man — but his main persona was so dominant that many fans instantly associated him with his more violent material. With such seeming contradictions in his personality, his image in Jamaica was not unlike that of 2Pac in America, though of course he was a far less tragic figure. Making his name in Jamaica during the early ’90s, Bounty Killer was working extensively in hip-hop crossover territory by the end of the decade, but retained his hard edge no matter what the musical context.

Bounty Killer was born Rodney Price in the Kingston ghetto of Trenchtown on June 12, 1972. One of nine children, he spent much of his childhood in another ghetto, Riverton City, which was built on the former city dump; his family later moved to the rough Seaview Gardens area. His father owned a small sound system, and he first tried his hand at DJ chatting when he was only nine years old. At age 14, he nearly fell victim to the gun violence he would later document so thoroughly in his music; while walking home from school, he was hit by a stray bullet from a gun battle between rival political factions. Fortunately, he made a full recovery, and soon began performing under the name Bounty Hunter for area sound systems like Metromedia, Bodyguard, and Stereo Two. Meanwhile, he and his friends hung around King Jammy’s recording studio, hoping to catch a break. Eventually, he met Jammy’s brother Uncle T, who produced his first recordings in 1990.

Still working under the name Bounty Hunter, one of his early tunes, “Dub Fi Dub,” became a huge dancehall hit as a sound system dubplate. He subsequently changed his name to the fiercer and less common Bounty Killer, and accordingly ratcheted up the confrontational tone of his lyrics. He had a breakout year in 1992 with several major hit singles, the biggest of which were “Copper Shot” (also an underground hit in New York) and the anti-informant “Spy Fi Die.” Other songs from this era included “Guns Out,” “New Gun,” “Kill Fe Fun,” “Gunshot Fi Informer,” and “Lodge.” Many of them appeared on Bounty Killer’s debut album, Jamaica’s Most Wanted, which was released in 1993 and later issued internationally under the somewhat deceptive title Roots, Reality and Culture (after a socially conscious hit from 1994). Also in 1993, Bounty Killer’s lyrical feud with rival Beenie Man first flared up in an on-stage DJ clash; possessed of similar vocal deliveries, each claimed the other as an imitator, and they took their battle to record on the 1994 clash album Guns Out.

With the Jamaican government starting to crack down on violent lyrics in live performances, Bounty Killer began to broaden his subject matter into streetwise social commentary, most notably on the perceptive drug-trade chronicle “Down in the Ghetto.” That became the title track of his next album, issued in early 1995. Over the next year, he enjoyed one of his hottest streaks as a hitmaker in Jamaica, as he released one popular song after another: a smash duet with Sanchez called “Searching,” the hip-hop-flavored chart-topper “Cellular Phone,” “Smoke the Herb,” the anti-censorship “Not Another Word,” the maternal tributes “Mama” and “Miss Ivy Last Son,” “Action Speak Louder Than Words,” “Book, Book, Book,” and “No Argument,” the last of which was the title track of another album. By the end of 1995, in order to set a positive example, a prominent radio DJ had effected a truce between Bounty Killer and Beenie Man, although it would continue to flare up periodically at concerts and on record over the next few years.

In 1996, Bounty Killer released his defining statement, the 20-track double album My Xperience. Featuring several past hits as well as a plethora of new material, My Xperience also boasted guest spots by American hip-hop stars like the Fugees, Raekwon, Busta Rhymes, and Jeru the Damaja, as well as veteran reggae stars like Barrington Levy and Dennis Brown. The single “Hip-Hopera” made the American charts, and the album sold well amid strong reviews, reaching the Top 30 of the R&B chart and ranking as one of the best-selling reggae albums of the year in the U.S. Bounty Killer followed it with the British release Ghetto Gramma’ (as in “grammar”) in 1997, and spent some time recording with producer Jazzwad.

In 1998, Bounty Killer returned with a high-profile, guest-laden follow-up to My Xperience, titled Next Millennium. This time around, it was issued in America by the generally non-reggae label TVT. Next Millennium heavily featured the new generation of hardcore New York hip-hoppers, including Noreaga, Mobb Deep, Killah Priest, and the Cocoa Brovaz. “Deadly Zone” was featured on the soundtrack of Blade and made the Top Ten on the rap singles chart in America, and the album again sold respectably well among R&B audiences. The follow-up, 1999’s The 5th Element, marked a return to a purer dancehall style.

In late 2001, Bounty Killer made a prominent guest appearance on No Doubt’s international smash “Hey Baby,” appearing in the video and performing with the group during the 2002 Super Bowl pregame show. The video inadvertently caused some embarrassment for him back in Jamaica, however: the intensely homophobic dancehall community picked up on the fact that one of its nightclub scenes showed a nude man, and his rivals had a field day. The whole episode notwithstanding, Bounty Killer returned to the sprawling ambitions of My Xperience for his next project, the two-volume Ghetto Dictionary set. Issued separately and simultaneously in early 2002, Ghetto Dictionary: The Art of War and Ghetto Dictionary: The Mystery mixed mostly new material with a few past singles, and were firmly in the raw, hardcore dancehall style that had made his name. Both sold well among reggae audiences, and The Mystery was nominated for a Grammy for Best Reggae Album. Later in 2002, Bounty Killer guested on hip-hop producer Swizz Beatz’ solo debut, G.H.E.T.T.O. Stories, specifically on the single “Guilty.” In 2003, album “Ghetto Dictionary: The Mystery” was nominated for a Grammy Award.

In 2014 Bounty Killer and long-term rival Beenie Man put aside their differences and recorded a single together, “Legendary.”

The two performed a well-received Verzuz battle together on Instagram during the COVID-19 pandemic quarantine on May 23, 2020 Nah No Mercy – The Wardlord Scrolls 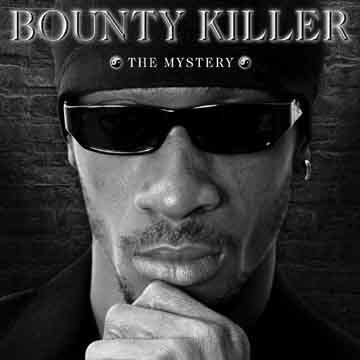 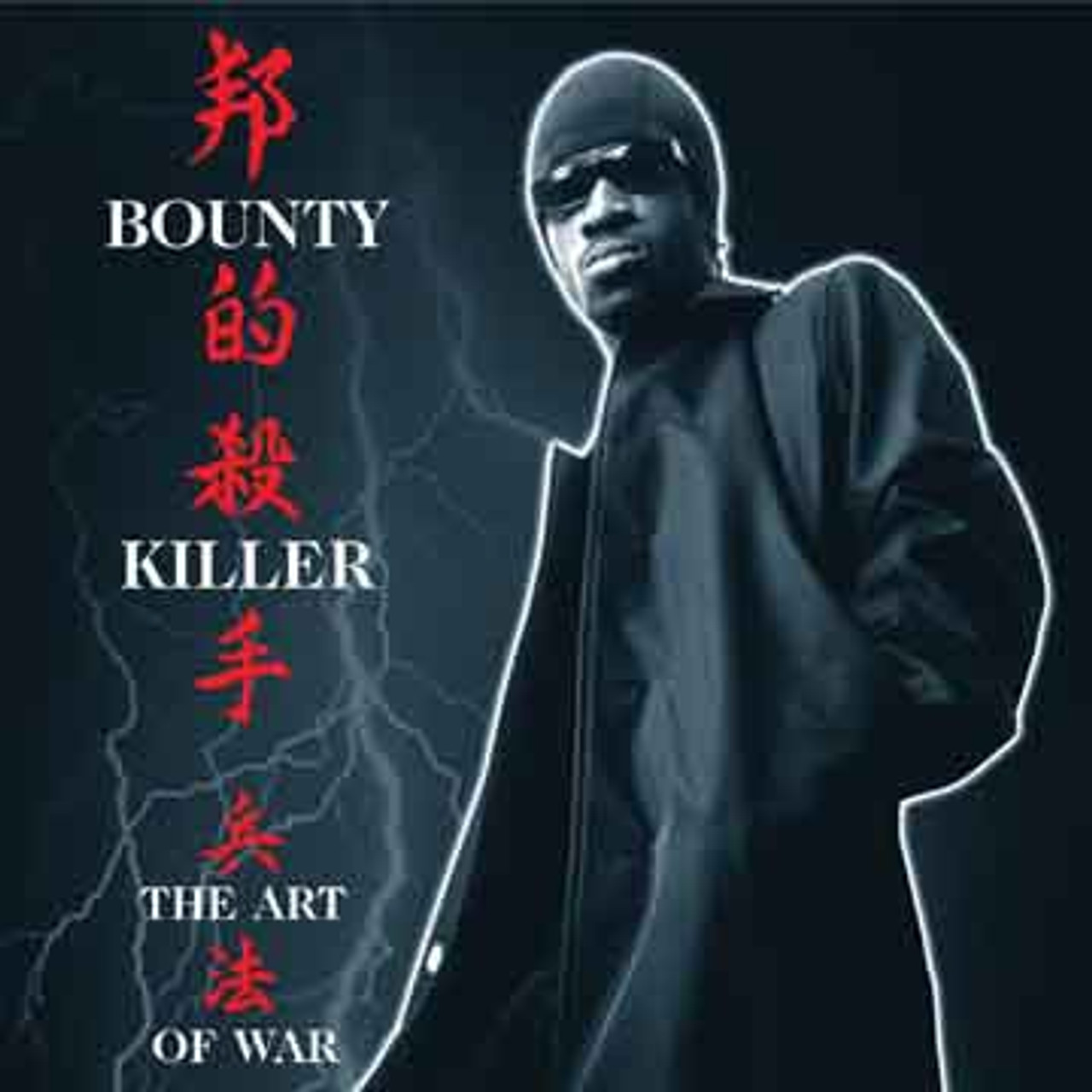