Reggae icon Barrington Levy’s career traces to the earliest years of VP Records. Three of the company’s first singles on its Roots From The Yard imprint in 1979 were “Revelation,” “Collie Weed,” and “A Yah Me Deh,” the latter being VP’s first release from producer Henry ‘Junjo’ Lawes. VP manufactured and distributed Levy’s Shaolin Temple on the Jah Guidance imprint in 1979 (one of four LPs to drop that year from the young star), followed by Robin Hood in 1980, and Prison Oval Rock in 1984. As popular as Levy was in the 1980s, he stepped up his game at the end of the decade and into the 1990s with his covers of Bob Andy’s “Too Experienced” and “My Time.”

One of the great success stories of the ’80s, Barrington Levy, arrived on the dancehall scene and swiftly remodeled it in his own image. Although numerous DJs and vocalists would rise and fall during this decade, Levy was one of the few with staying power, and he continued releasing massive hits well into the ’90s. Born in 1964 in Clarendon, Jamaica, as a youngster, Barrington Levy formed the Mighty Multitude with his cousin Everton Dacres. They started off playing the sound systems and cut their first single, “My Black Girl,” in 1977. All of 14, Levy broke out on his own the next year and recorded his debut solo single, “A Long Time Since We Don’t Have No Love.” It didn’t have much of an impact, however the teen’s appearances in the dancehalls were eagerly awaited events. It was at one of these that Levy met former singer turned producer Junjo Lawes and New York-based producer Hyman “Jah Life” Wright. The pair took the youth into Channel One studio, accompanied by the Roots Radics, and recorded a clutch of cuts. The first fruits of this union were “Ah Yah We Deh,” quickly followed by “Looking My Love,” “Englishman,” and “Wedding Ring Aside.” Success was immediate, but it was the mighty “Collie Weed” that really cemented the teen’s hold of dancehall. “Shine Eye Girl” was a smash follow-up, and the young Levy was now in great demand. A stream of singles followed, “Wicked Intention,” “Jumpy Girl,” a lovely version of Horace Andy’s “Skylarking,” the humorous “Disco Music,” “Reggae Music,” and “Wicked Intention” included. Levy joined forces with producer Alvin Ranglin for another sting of hits — “Never Tear My Love Apart,” “Jah,” “You Made Me So Happy,” and “When You’re Young and in Love.”

Levy’s rich vocals were made for duets, both with other vocalists and DJs, and it wasn’t long before the young star was also recording collaborative singles. Toyan was a great foil on “Call You on the Phone,” he paired with Jah Thomas on “Moonlight Lover” and “Sister Debby,” and joined forces with Trinity for “Lose Respect” and a follow-up, “I Need a Girl,” in 1980. That same year, Levy made a sensational appearance at Reggae Sunsplash, then returned in 1981. During these early years, the singer seemingly spent all of his time between the recording studios and the dancehalls. Amidst the deluge of singles, four albums arrived as well between 1979 and 1980. First up was Bounty Hunter, which boasted three smash singles — “Reggae Music,” “Shine Eye Girl,” and “Looking My Love” — and a clutch of other tracks that were just about as good. In Britain, the Burning Sounds label released Shine Eye Gal, also a hits-heavy package which included the title-track, “Collie Weed,” and “Ah Yah We Deh.” It was swiftly followed by the mighty Englishman, an absolutely fabulous record which was overseen by the unbeatable studio grouping of Junjo Lawes and two of King Tubby’s protégés — Scientist and Prince Jammy. Jammy was the veteran of this trio, but Lawes, barely into his twenties, was swift to establish his reputation as one of the island’s top producers. Scientist, meanwhile, was still only in his late teens, but already a noted engineer and famed remixer, and Lawes would utilize his talents at every opportunity. The Roots Radics’ rhythms would form the basis of Lawes production sound, which was heavily roots-based, but had a toughness that swept across the dancehalls like a machine gun. Roots music itself, though, was losing its grip on the contemporary Jamaican music scene, and the time was ripe — musically, politically, and culturally — for a change. People had tired of the more militant rasta-fired visions and were searching for something lighter, but with the immediacy of the dancehalls. Levy provided the perfect answer. A veteran of the clubs, he brought the spontaneity of the DJ to his records, while returning vocals back to the sound system scene which had been purely the realm of the DJs.

Utilizing old roots rhythms revitalized by the Radics, and giving the songs a hard, but danceable edge, Lawes and Levy together helped establish a whole new dancehall sound. 1980’s Robin Hood merely affirmed what everyone in Jamaica already knew: That Levy was now the biggest star on the island, with a talent that was unbeatable. Or more accurately, he was king of the singers, because ruling beside him was DJ Yellowman, another Lawes’ discovery. Robin Hood was as big as its predecessor and was beginning to have an impact in Britain as well, where both it and Englishman had been released by the Greensleeves label. Not surprisingly, both albums heavy rhythms would provide the building blocks for the Scientist V Prince Jammy dub clash album. Unfortunately, Levy’s very popularity was now beginning to have some serious drawbacks. Even before stardom arrived, the singer had noticed with delight fans taping his sets at the dancehalls, and these tapes were coming back to haunt him. Suddenly, the shelves were buckling under the weight of bootlegged albums, featuring not just older pirated live material, but also unreleased outtakes and recycled older singles. In response, Levy didn’t release a new album for two years, but in the meantime, new singles more than made up for it. From 1980 came such hits as the haunting Lawes-produced “Mary Long Tongue,” producer Linval Thompson’s “Too Poor, and a string of hits cut with Karl Pitterson, including “I Have a Problem” and “Even Tide Fire a Disaster.” And as the decade progressed, the flood of smash hits continued. “I’m Not in Love,” “You Have It,” “Tomorrow Is Another Day,” “Robberman,” “Black Rose,” “My Woman,” and “Money Move” were just a small number of the hits released between 1981 and 1983, with the latter song the biggest smash of the batch. Levy even tried his hand at self-production, recording such excellent songs as “In the Dark” and “Love of Jah.” Amongst these were fabulous singles recorded for Joe Gibbs, “My Woman” included. The Reggae Vibes album would bundle up Levy’s best with the producer, as well a number of cuts from fellow dancehall singer Sammy Dread.

1983 finally saw the release of two new Levy albums: the excellent Lifestyle, superbly produced by Alvin Ranglin, and Money Move. The latter was excellently overseen by George Phang and boasted a stupendous group of rhythms that Sly & Robbie had specifically made for the producer. In the U.K., the Burning Sounds label also released Hunter Man, a greatest-hits collection. But the hits were still coming on strong; in 1984 none were bigger than the Jah Screw producer “Under Mi Sensi.” The pair would also record a new album that year, Here I Come, whose title-track would climb into the Top 50 in the U.K. The album itself took Britain by storm and ensured that Levy walked away with the Best Vocalist Award at Britain’s Reggae Awards. The same year, the singer also joined forces with another young singer who was tearing up the dancefloors, Frankie Paul, for the intriguing sound clash set Barrington Levy Meets Frankie Paul. 1985 brought Prison Oval Rock (the Volcano Jamaican label release, and not to be confused with the RAS label’s U.S. compilation of the same title), which found the singer joining forces with Lawes again, for another roots-fired set equal to its predecessors. It had been six years since Levy burst onto the scene with all the force of a nuclear weapon. Now in his early twenties, the singer’s output significantly began to slow. He did return to Reggae Sunsplash in 1987 and would remain a top attraction at the festival until 1995. He also released Love the Life You Live in 1988, a rather patchy effort compared to previous releases. It was to be his last new album until 1991.

But Levy wasn’t a spent force yet. Before the ’80s were over, he scored two more hits with “My Time” and “Too Experience,” both under the aegis of producer Jah Screw, and both covers of songs written by Bob Andy (ex-Paragons and also of Bob & Marcia fame). As the new decade dawned, Levy inked a deal with Island’s Mango subsidiary, and released the Divine album, a strong return to form. He joined forces with Rebel MC and Tenor Fly for the smash single “Tribal Base,” which soared into the British Top 20. Now signing with MCA in the U.S., Levy attempted to cross over into the North American market with 1993’s Barrington. Produced by Lee Jaffe, the album featured a re-recorded “Under Mi Sensi,” and boasted such strong songs as “Murderer” and “Jeep.” However, the relationship with MCA was not a happy one and Levy quickly departed. Meanwhile, back in Britain, the singer was chalking up another hit with “Work.” In 1994, Levy was joined by Beenie Man on the singles “Two Sounds” and “Under Mi Sensi.” Both soon re-appeared as fiery jungle remixes, with “Sensi,” in particular, mashing up the dancefloors. Under Jack Scorpio’s direction, the singer next paired with Mega Banton for “She’s Mine.” Jah Screw took these collaborations to the next logical step, and recorded an entire album of shared songs, Duets (this is its American title and it was released in the U.S. by RAS, and in the U.K., Levy’s relationship with Greensleeves continued, where the album there was titled Barrington Levy’s DJ Counteraction). From this set, “Living Dangerously” with Bounty Killer rocketed up the Jamaican charts and set the pace at clubs around the world. “Bad Talk,” its follow-up, didn’t do quite so well, but was still a fine offering. Time Capsule came hot on its heels in 1996, a short album (a mere eight tracks plus five dubs), which more than made up for lack of quantity with quality. Over the next two years, his circle of friends was obviously growing, and 1998’s exciting Living Dangerously featured such diverse artists as rap master Snoop Doggy Dogg and Southern California punk-reggae heroes Long Beach Dub All-Stars. In 2003, his debut album Bounty Hunter was reordered and reissued as Moonlight Lover on the Burning Bush label. Two years later, the Sanctuary label collected his recordings with Henry Lawes and Alvin Ranglin for Love Your Brother Man: The Early Years. Numerous compilations have continued to appear featuring much of the singer’s greatest work. 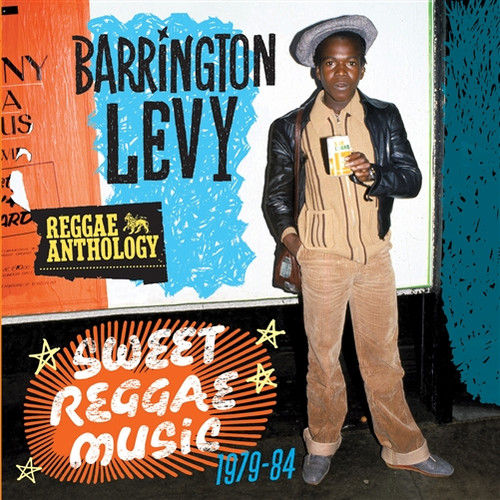 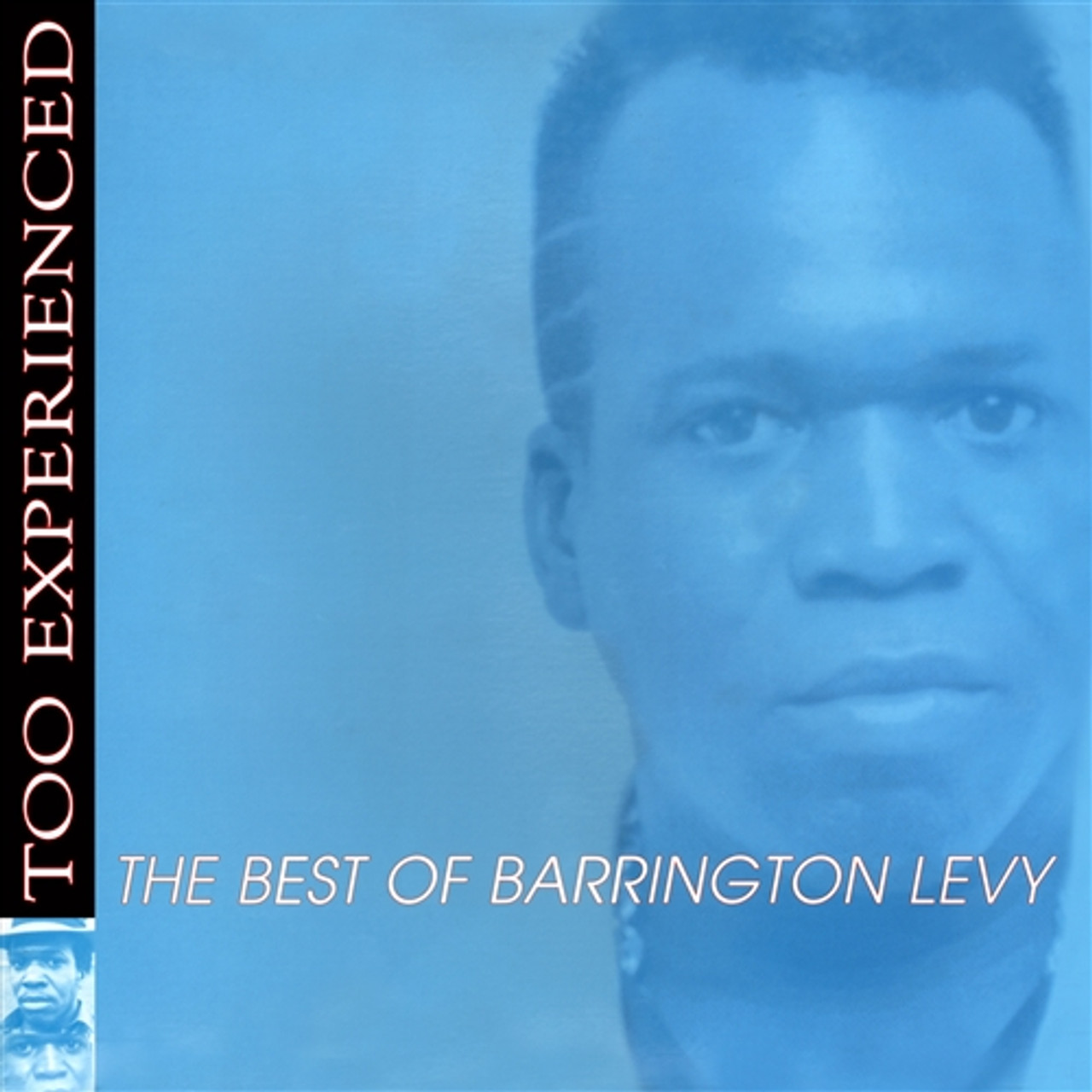 The Best Of Barrington Levy 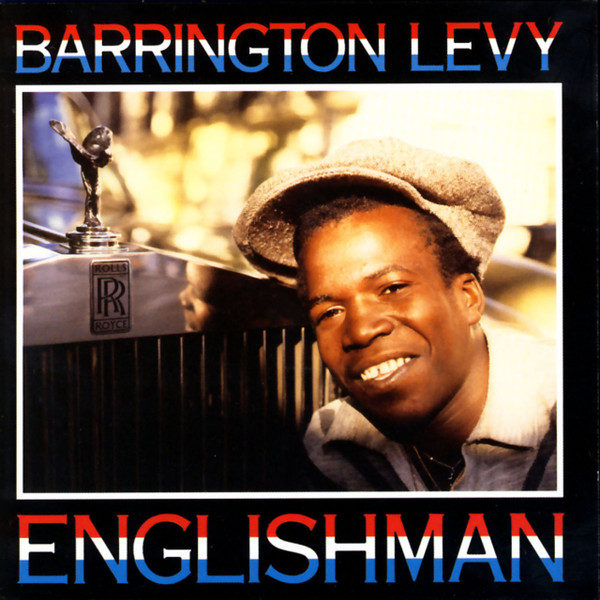